The Battle For The Arctic


This painting took over 2100 hours of studio
time spread out over 4 years. It depicts nearly
150 toys related to the arctic, snowy worlds, or
one of the 5 countries vying for control of Arctic
territory: Canada, Russia, Norway, Denmark (via
Greenland), and America. It also depicts a number
of taxidermied arctic animals (mostly from the
Natural History Museum of LA), 1 Inuit inuksuk,
and 5 political/royal figures representing each
country. Putin on his tauntaun, Queen Elizabeth on
her AT-ST, William H. Seward (the man who
brokered the purchase for Alaska), and Prince
Haakon and Prince Frederik surrounded by their
viking clan. Centered in front of each flag is a
superhero for their respective countries. Lego is a
Danish company, and their claim to the arctic is
through Greenland, so it's representative is a lego
"Greenlandtern". The bronze star at the top center
is the "Arctic Star", the medal given to soldiers
of the commonwealth who fought in the Arctic
campaign during World War 2. 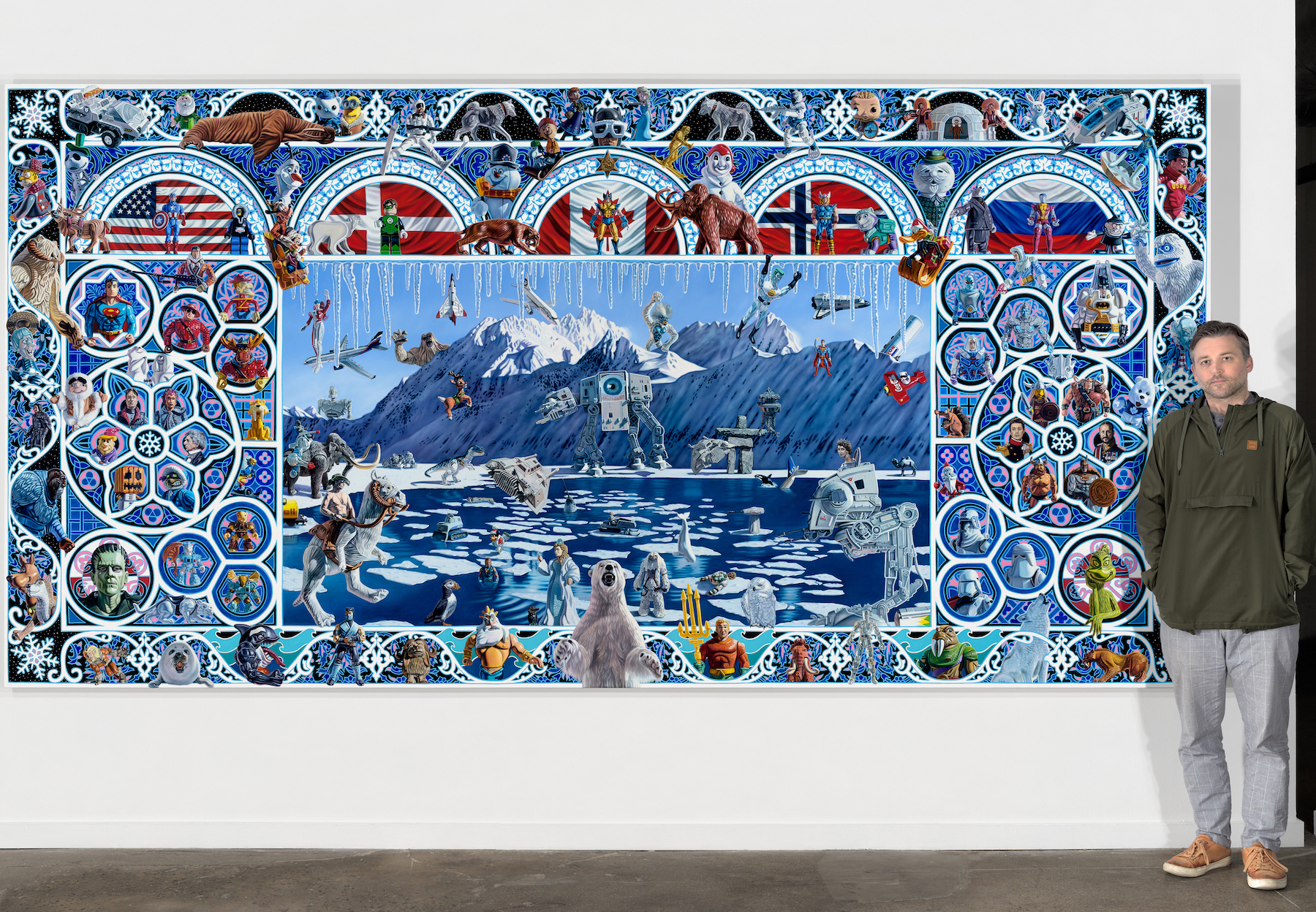 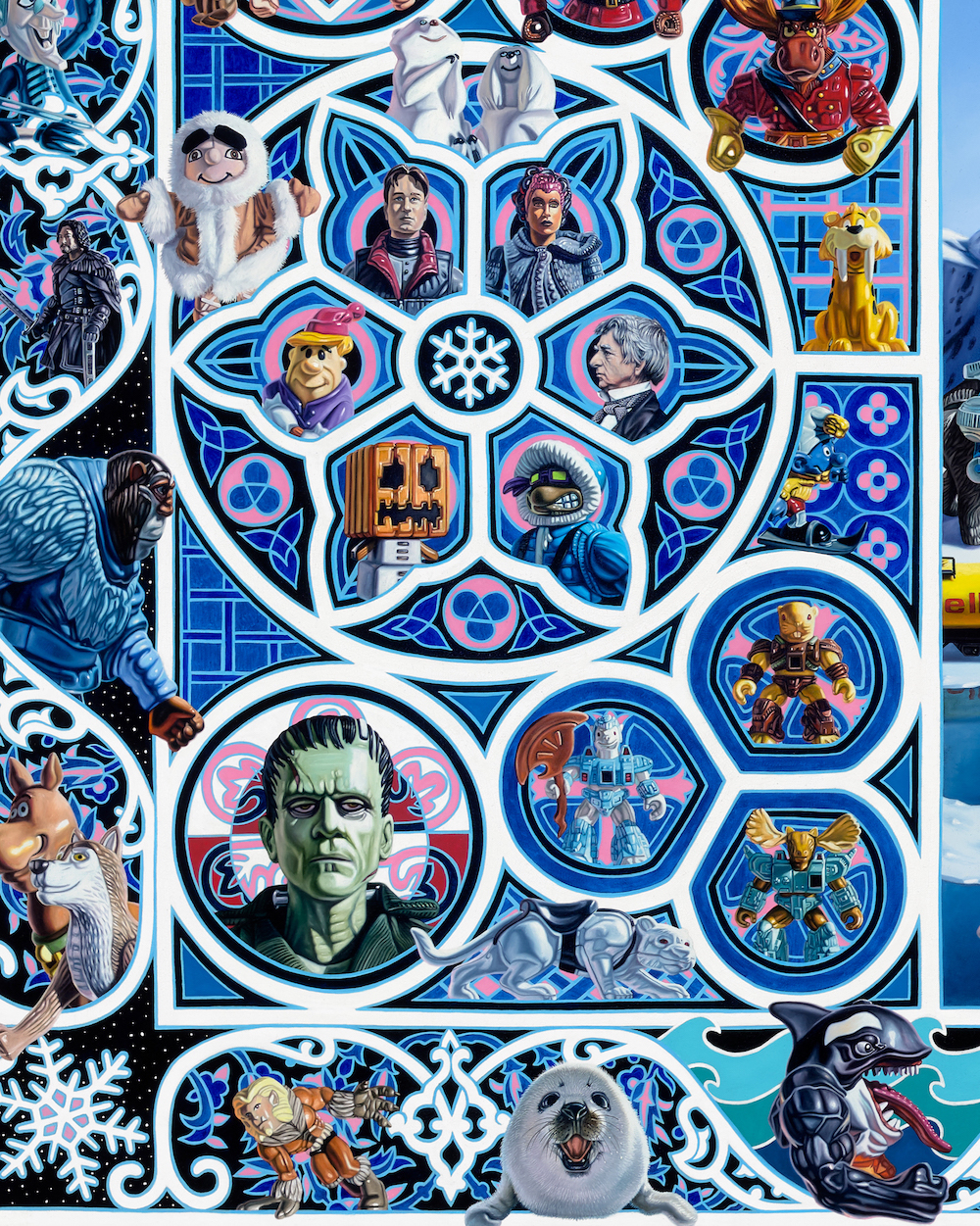 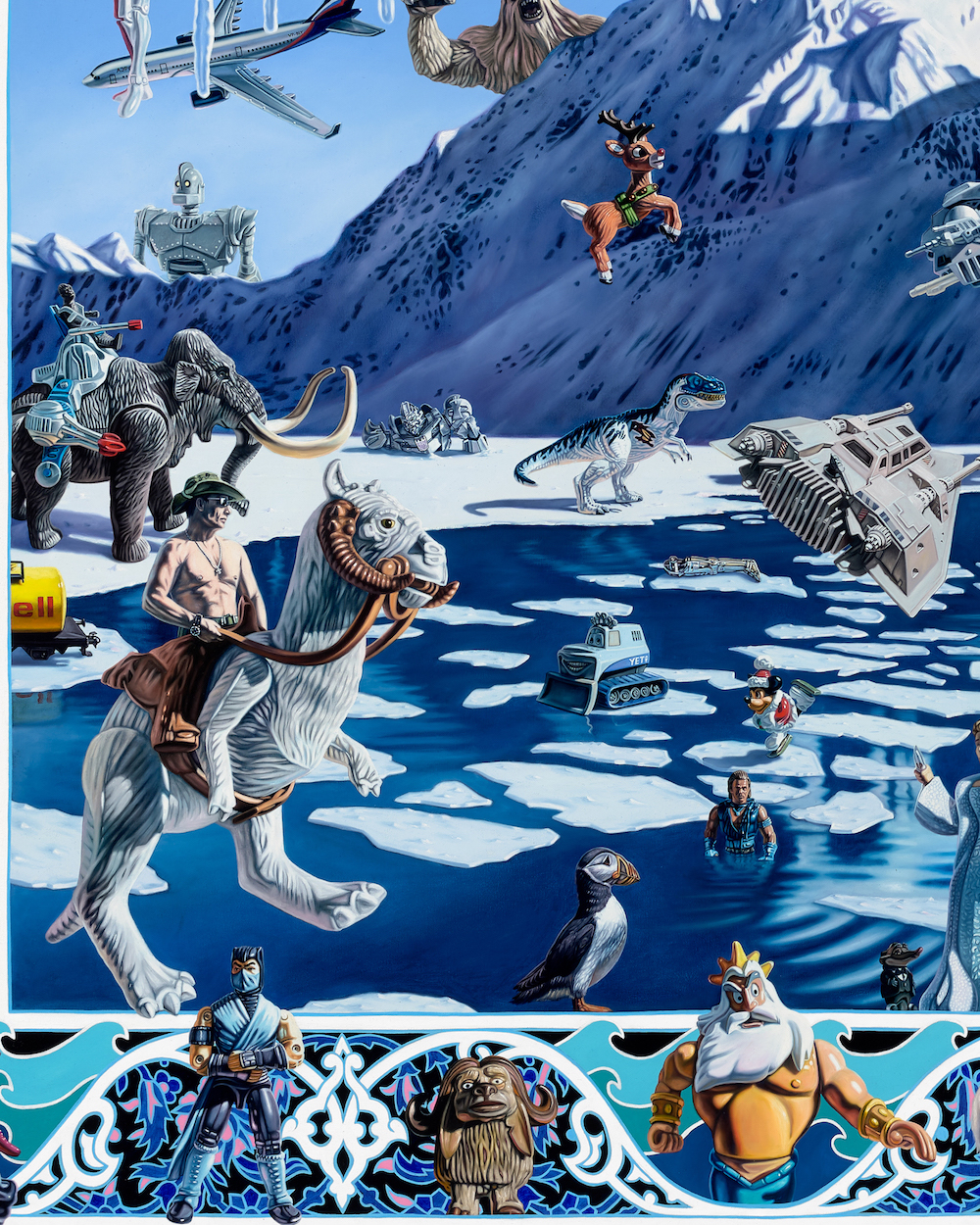 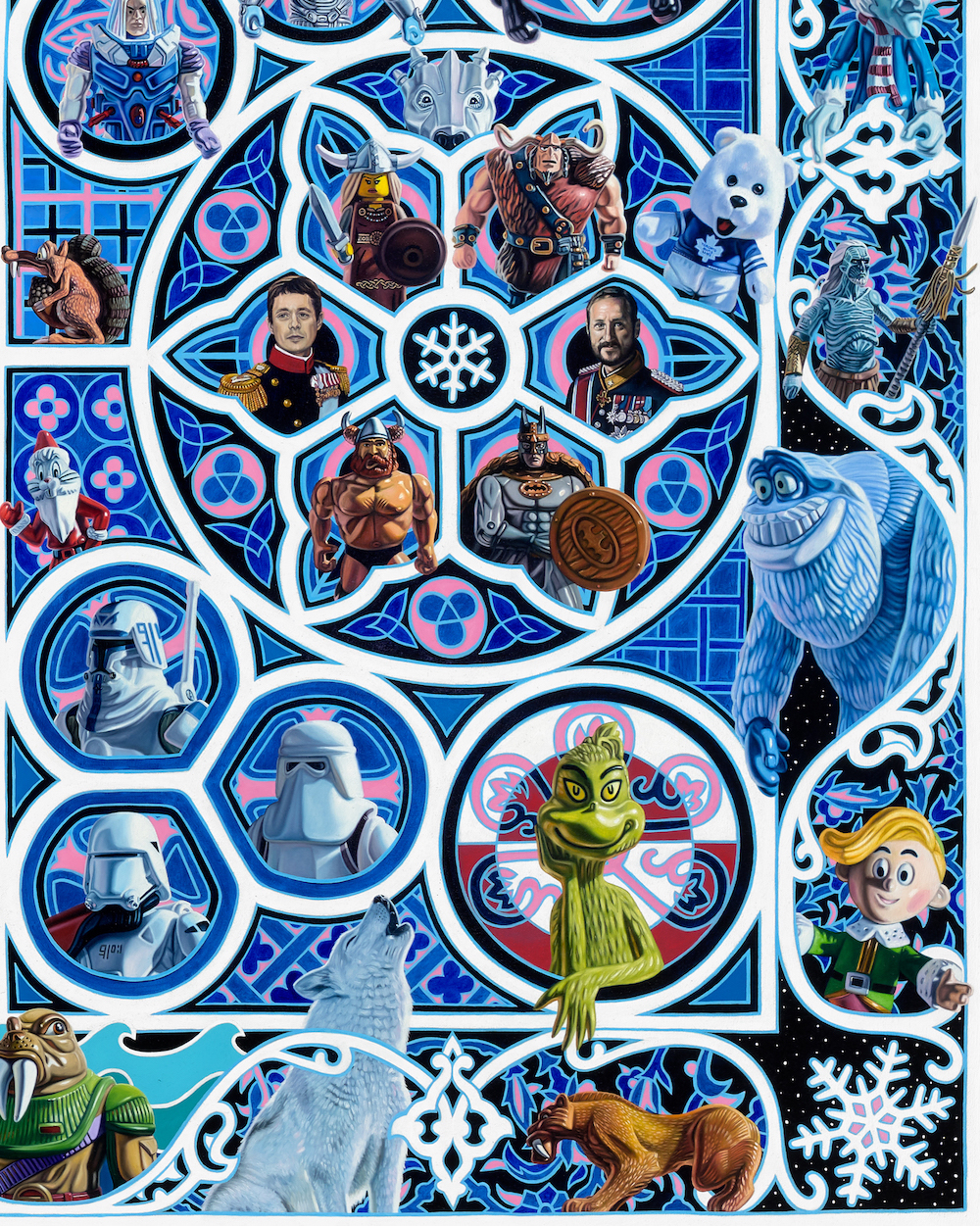 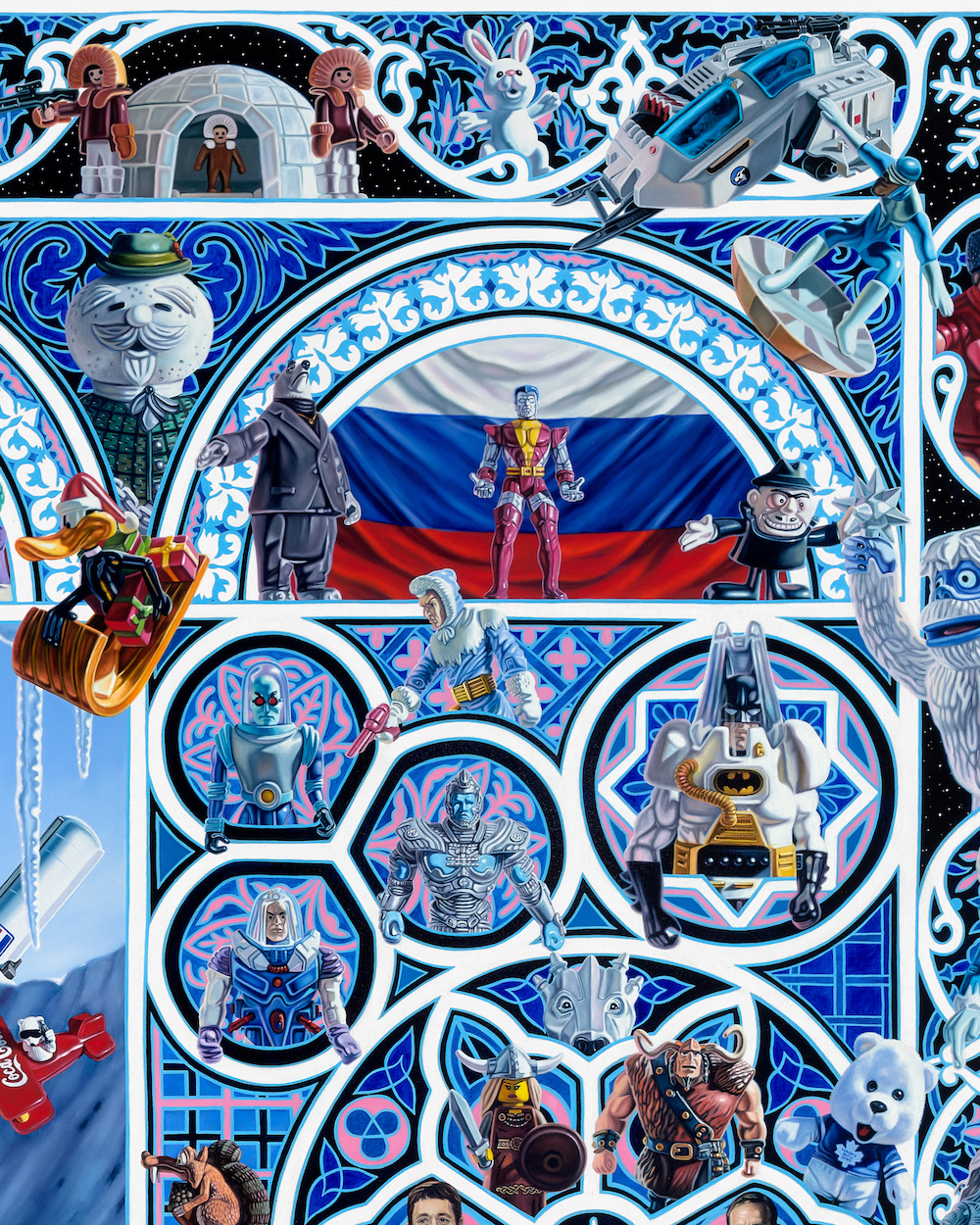 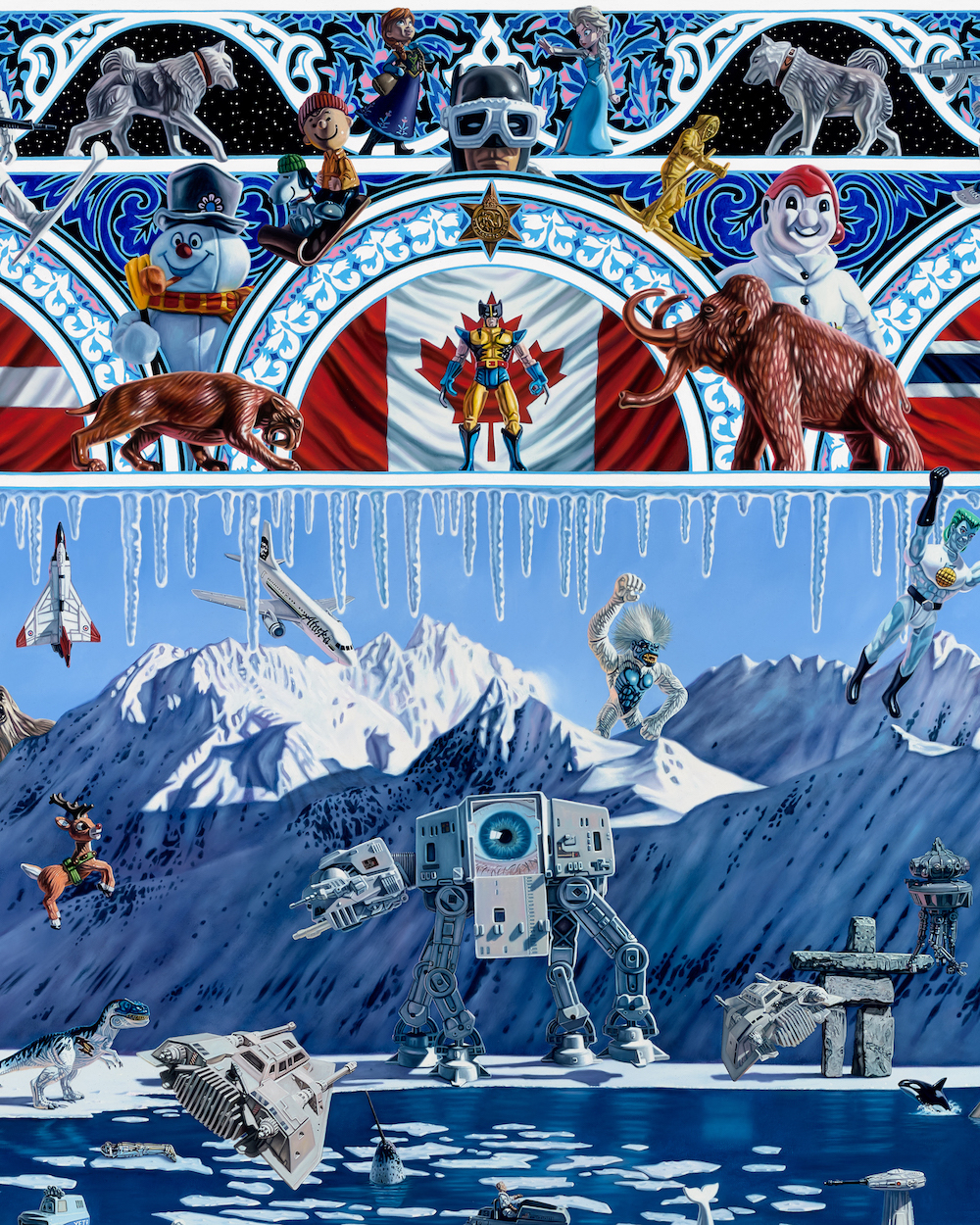 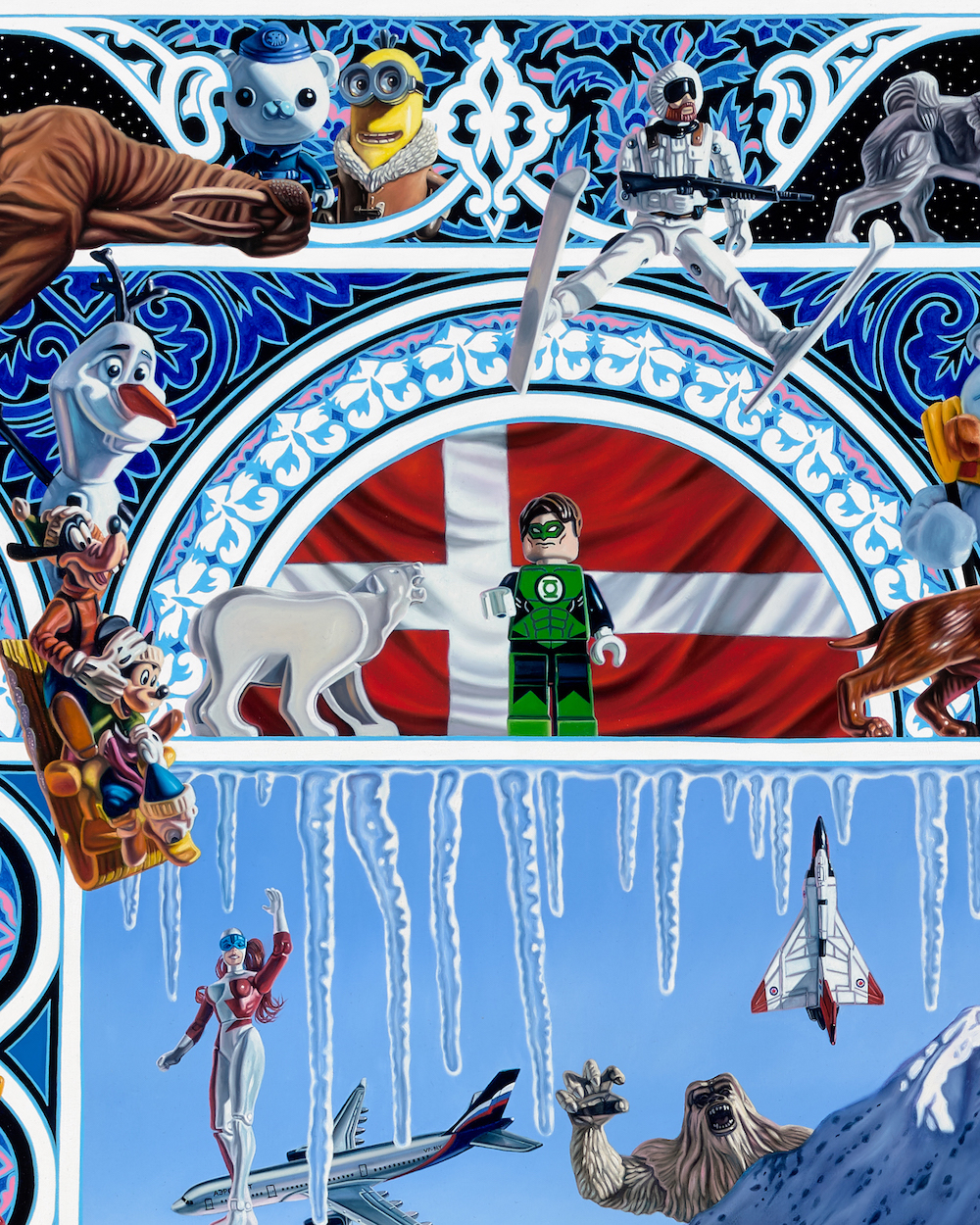 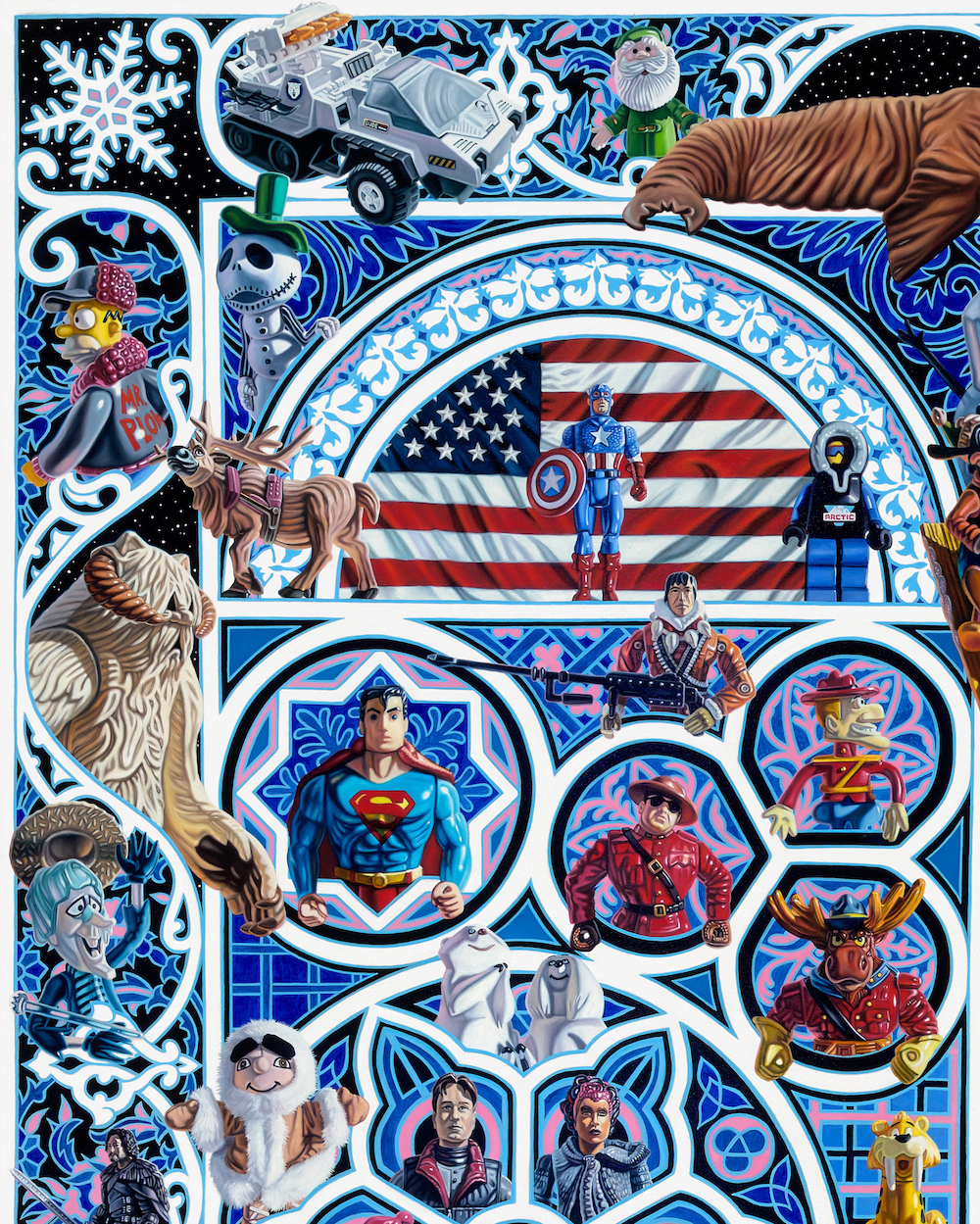