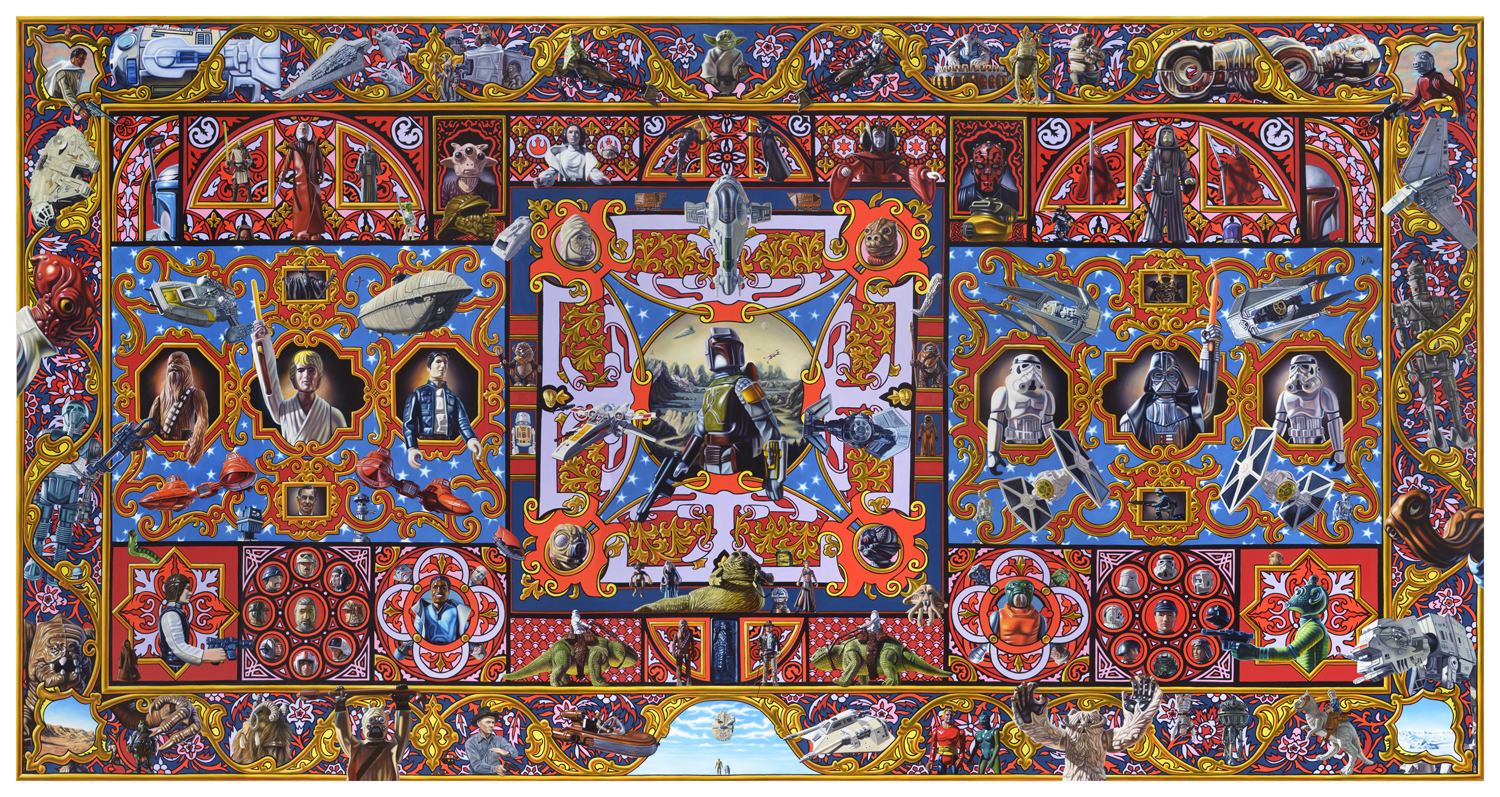 This painting took approximately 2000
hours of studio time spread out over
18 months. It depicts over 150 vintage
Star Wars toys (mostly from the original
trilogy). It also includes toys and
icons that influenced the Star Wars
Universe (Gandalf, Samurai kabuto, a toy
nazi, Joseph Campbell, Flash Gordon, and
others). In the landscape background
behind Boba Fett, loosely inspired by
the Mona Lisa (a painting that some art
historians consider to be the first
fantasy painting), a tiny city resembling
San Francisco juts out from the cliffs,
and the cranes of Oakland line the
riverbank. The patterning is inspired by
Persian and Moroccan rugs, French tapestry,
Gothic stained glass, illuminated
manuscripts and eastern mandalas, as well
as invented designs. 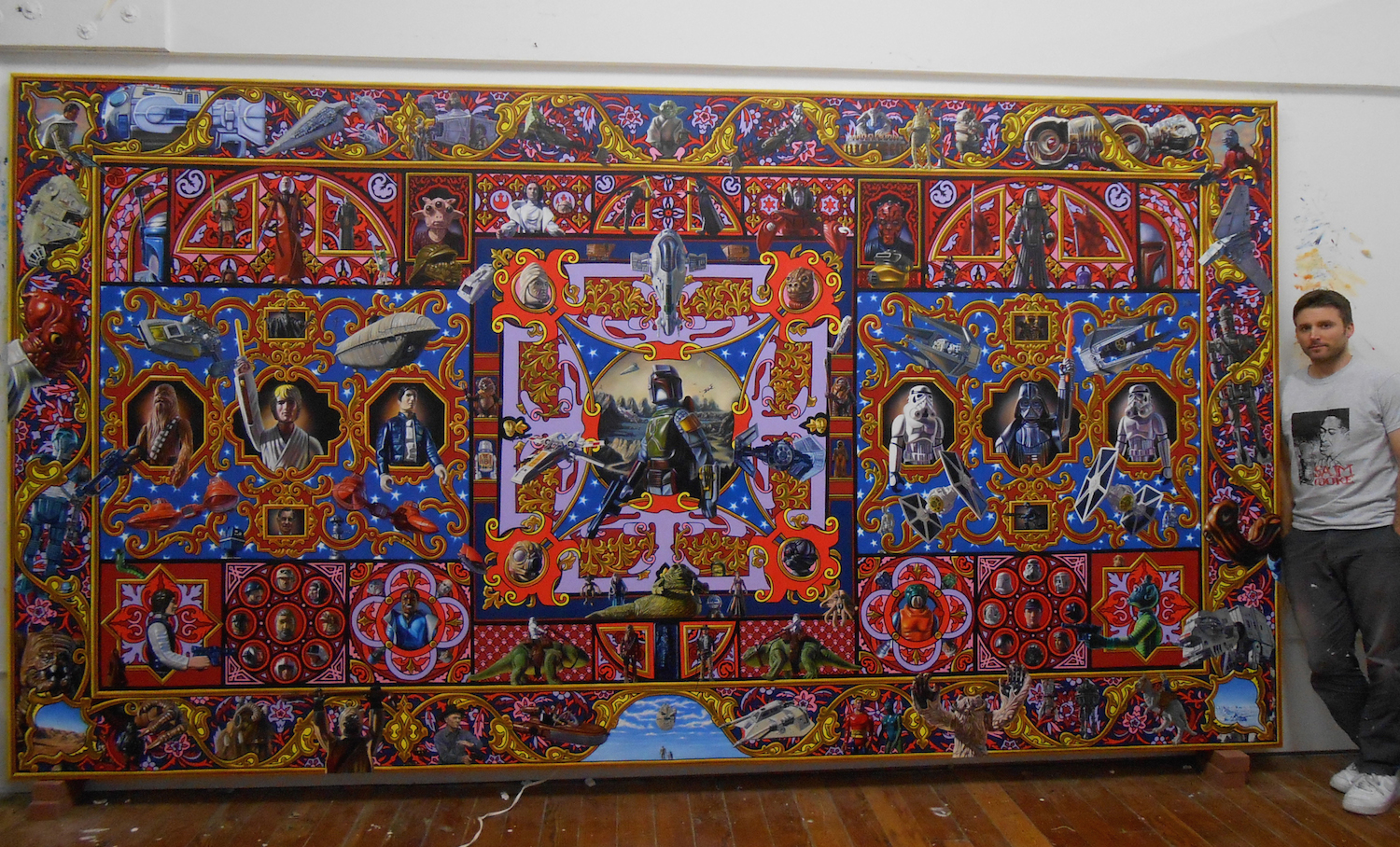 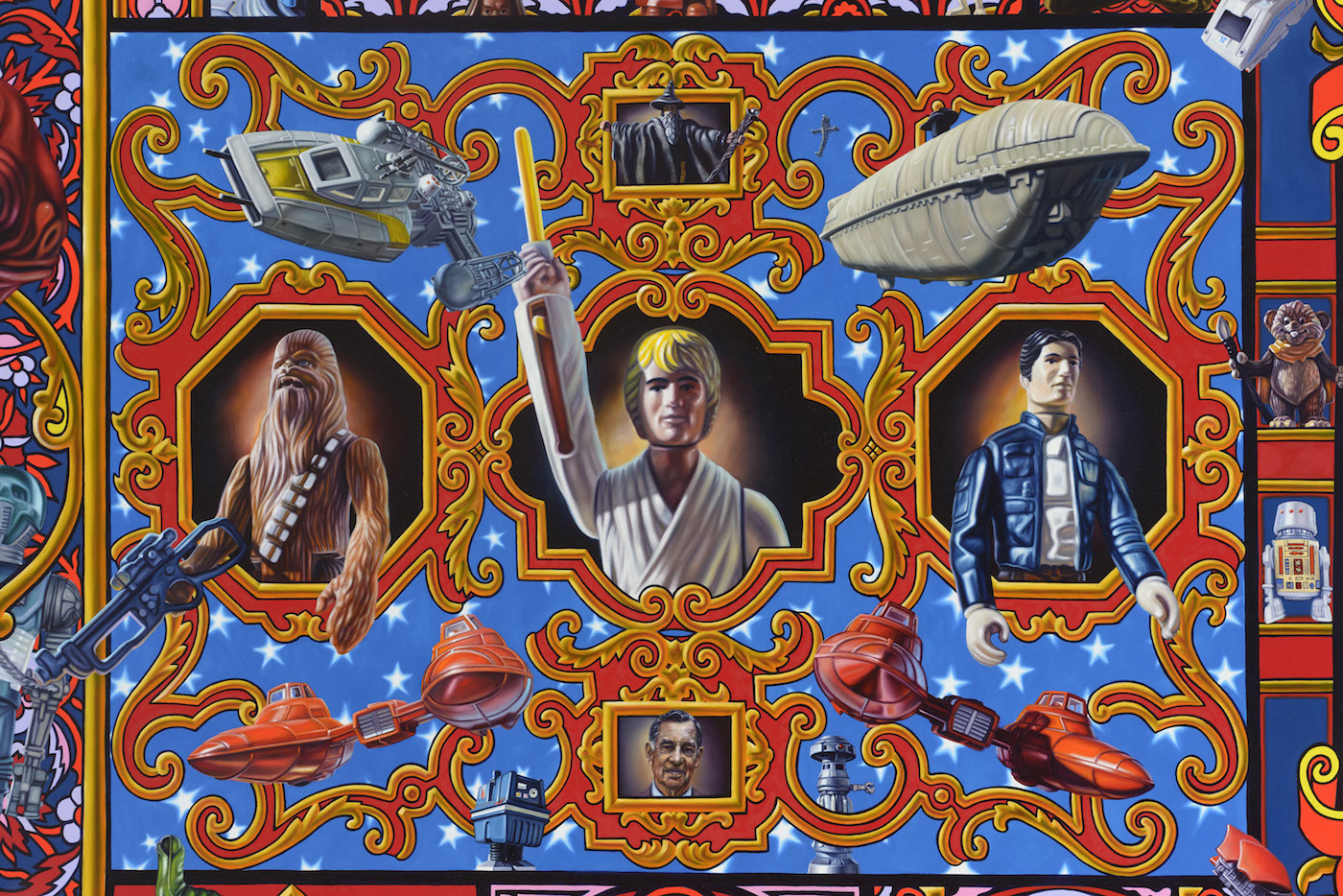 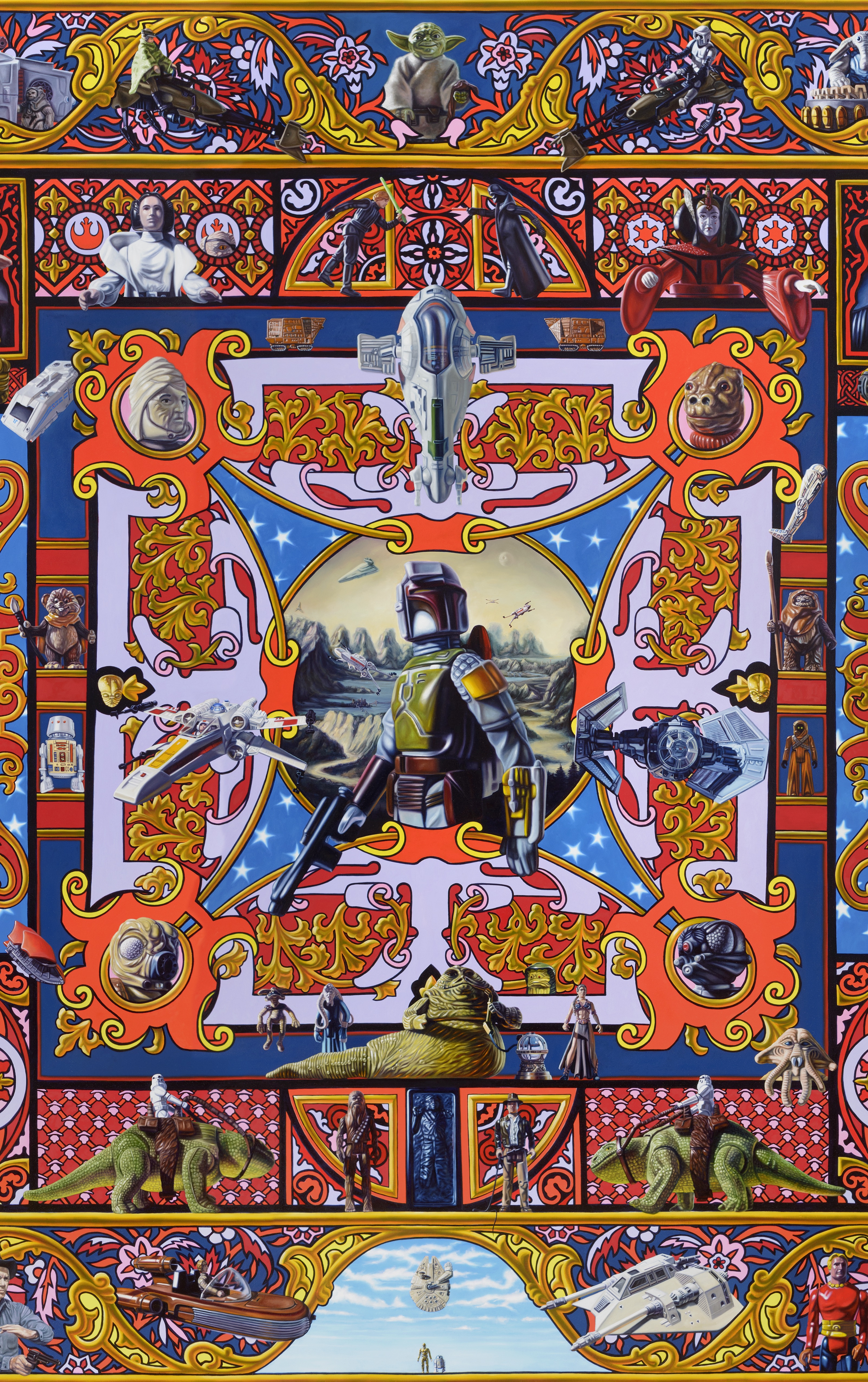 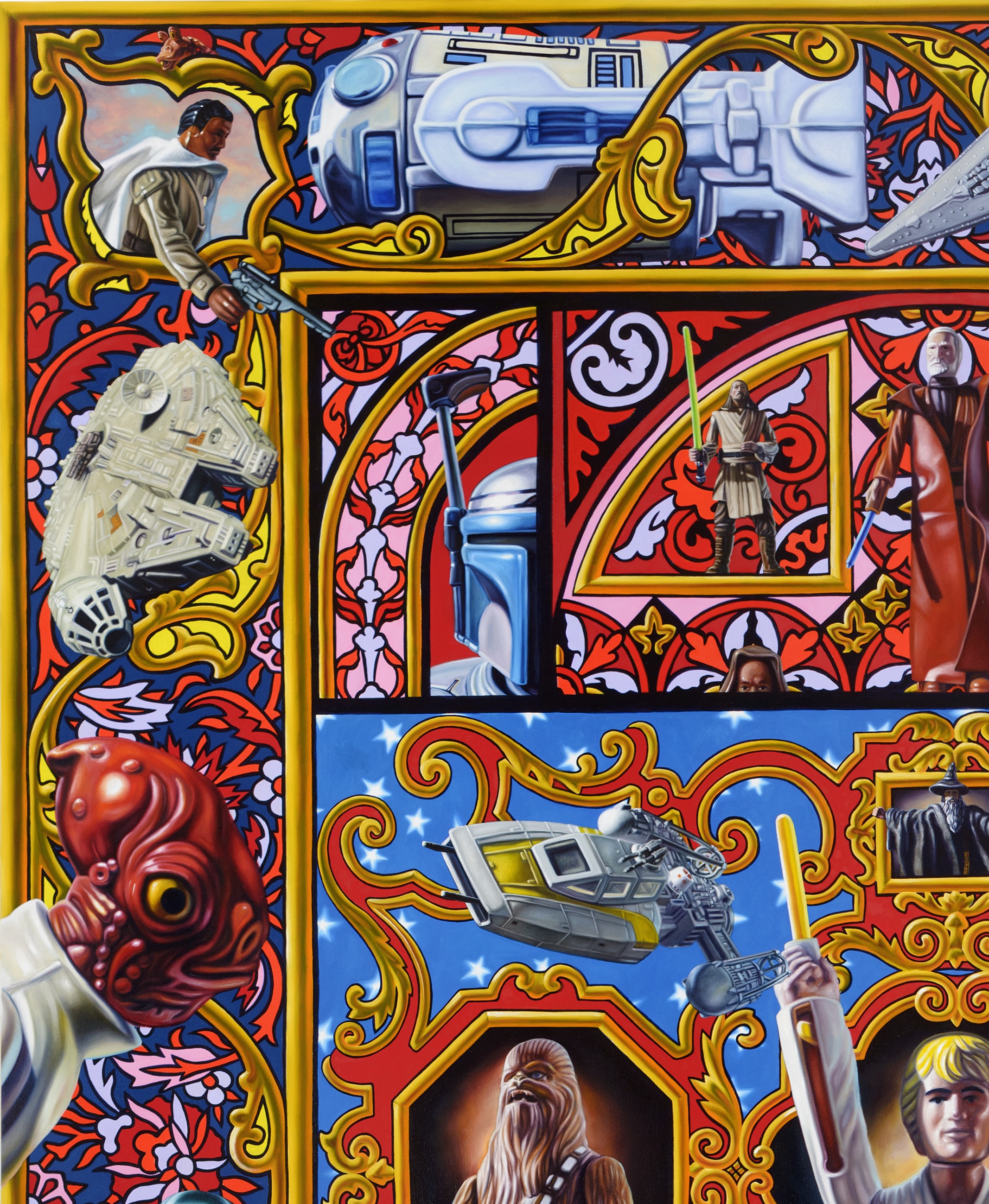 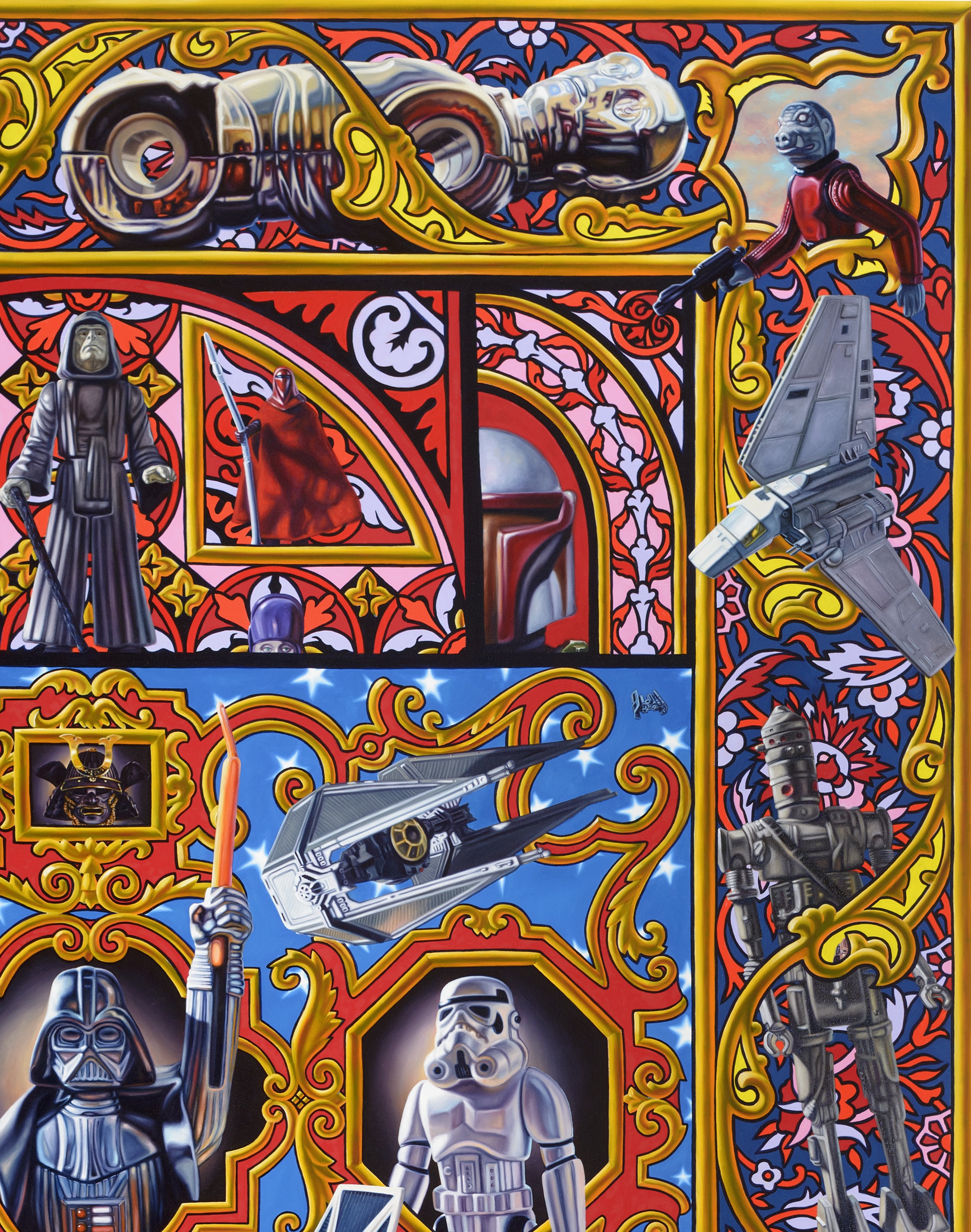 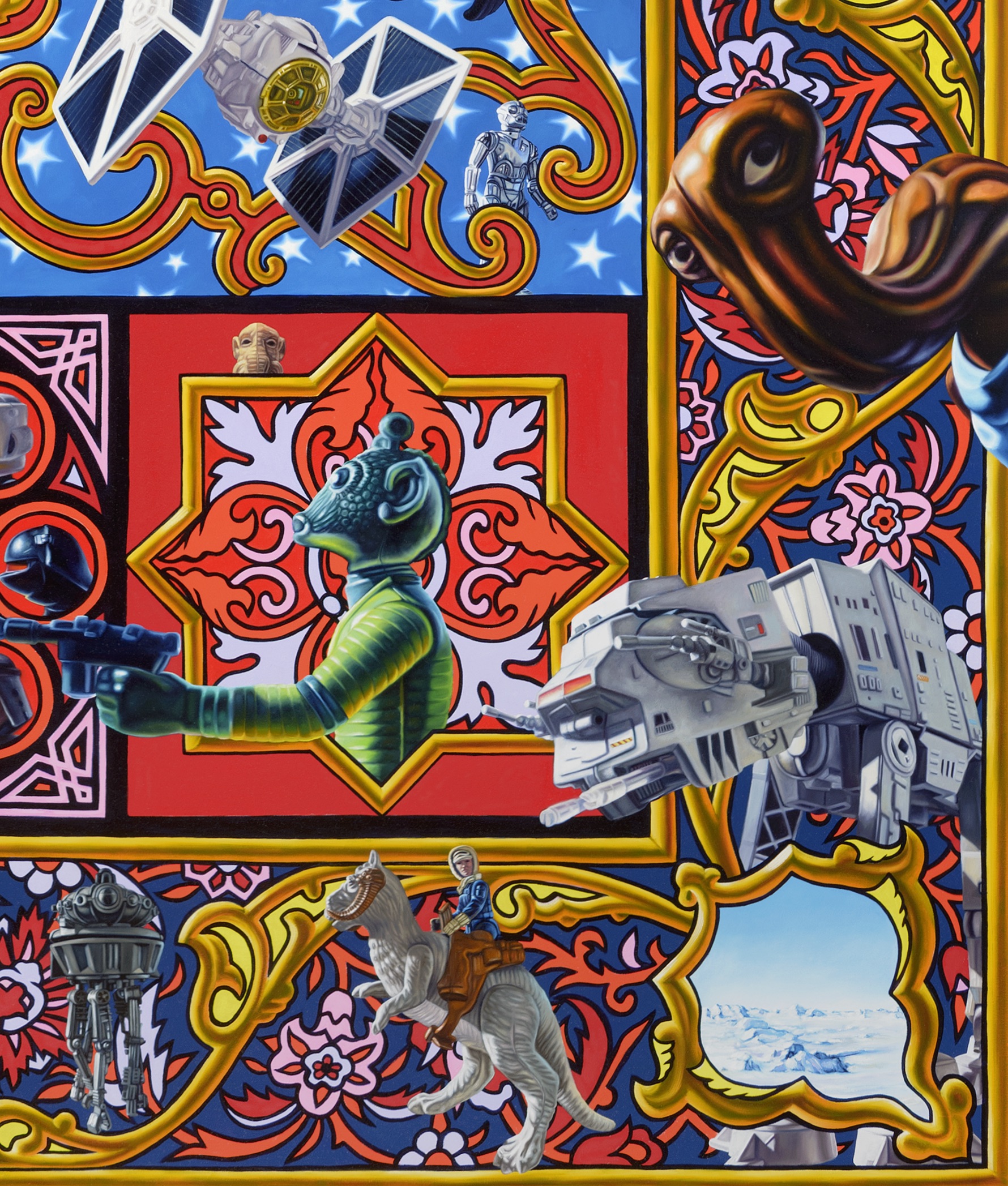 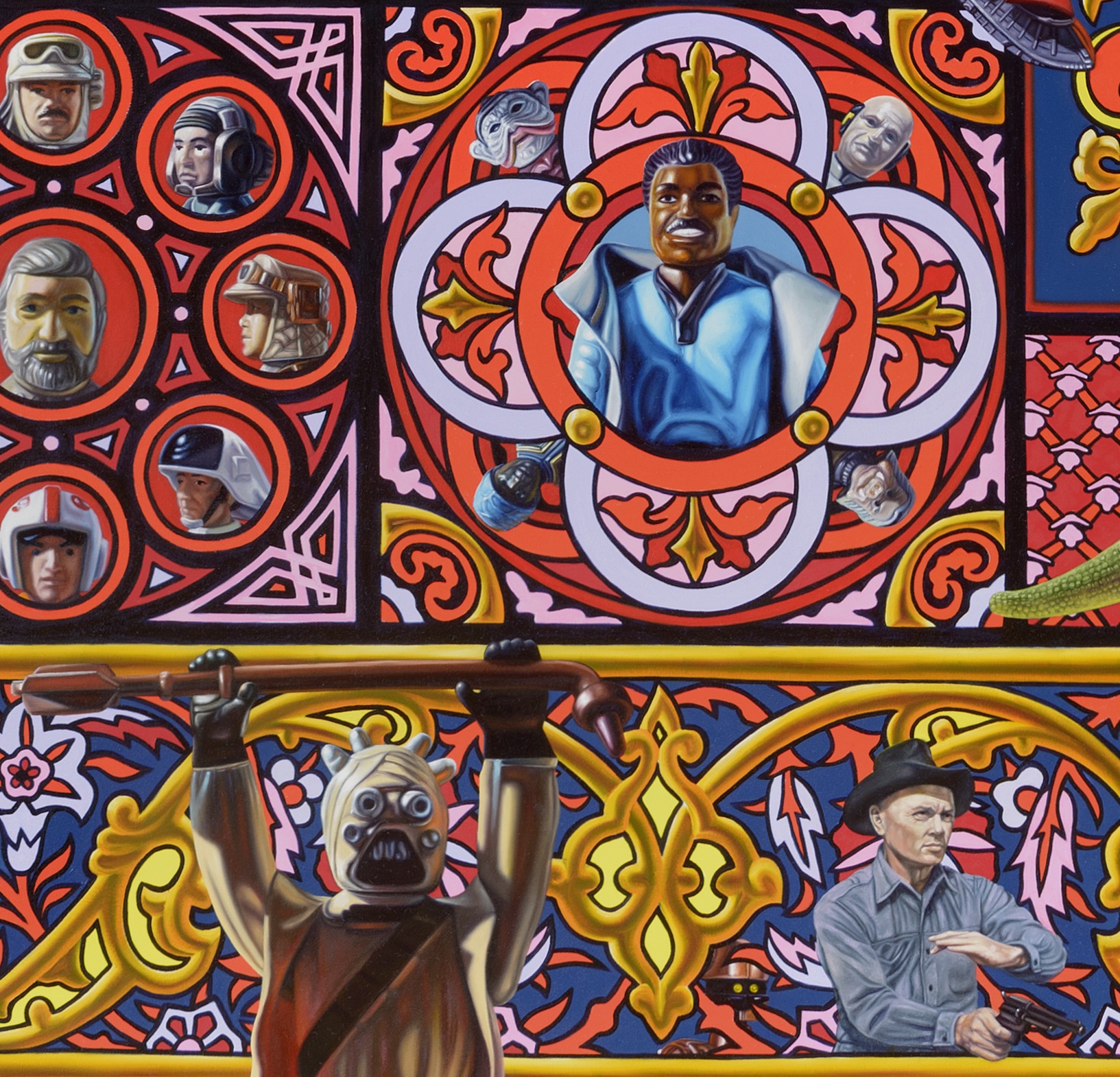